Not all grapes are created equal. Some make their quality clear with the faintest swirl and sniff; the beguiling perfumes of Nebbiolo and Pinot Noir, the plush, generous fruit of Shiraz or Cabernet Sauvignon’s purity of herbal, blackcurrant flavours, often underscored by a solid backbone of tannins.

Then there are others, such as Grenache, that need a little coaxing from their shell. But given the right terroir, as well as a winemaker and viticulturist whom understand how to treat this thin-skinned grape, the results can be outstanding. As anyone lucky enough to sample a brilliant bottle of the famed Chateau Rayas from Chateauneuf-du-Pape can attest Grenache is one of the holiest grape varieties, able to create wines with the perfume of fine Pinot Noir although in a more savoury and rustic package.

The comparison with Pinot Noir does not stop there in that Grenache is equally fickle as its more famous cousin, with only a handful of small regions around the globe able to produce great, complex, ageworthy wines. While a couple of old world regions, most notably Chateauneuf-du-Pape, have secured their place as Grenache’s spiritual home the search goes on internationally to find new terroirs that bring out the best from this variety.

Grenache, also known as Garnacha, or Cannonau, is believed to have originated from Aragon in Northern Spain and is now the world’s second most planted grape variety found predominantly in Spain, Southern France, parts of Italy, California and Australia. Often blended with grapes such as Tempranillo, Shiraz and Mourvedre it is used to flesh out these more classically structured grape varieties with only recent years seeing the emergence of significant numbers of 100% varietal Grenache hitting the market.

Grenache in its most common Australian form is found as a medium to full weight, dry red wine with ample fruit sweetness and usually a generous serve of alcohol, which can also be its Achilles heal. Medium ruby in colour with only moderate acidity, the wines are usually also endowed with relatively soft, yet grainy tannins. The traditional fruit characters have often been of sweet cranberry, cherry and raspberry fruit flavours with immediate appeal. In the best wines this is supplemented by earthy, savoury, almost spicy characters with oak treatment best kept to a minimal level to allow these subtle flavours to reveal themselves. Many local styles have historically been made with short term drinking in mind losing their colour and fruit quite rapidly although the very best can age successfully for ten years or more.

Grenache in Australia is more often than not bottled as a blend with the additional of generally Shiraz and Mourvedre with the odd splash of Cinsault done to give the wine greater colour and structure with more richness on the mid-palate. Unfortunately the lesser of such blends also blend away the subtle perfumes that can be found in great, old-vine Grenache. But dry reds is not Grenache’s only suit with delicious, slightly perfumed and generally quite robust Rosés as well as respectable fortified wines also part of its local and international repertoire. The hallowed status of Grenache, as the major component in Chateauneuf-du-Pape and an important part of Rioja, was seemingly forgotten for a long time by many with the variety treated as nothing more than a workhorse. In Australia the majority of plantings were originally designated for bulk or fortified wines, due to its sometimes massive yields associated with generous alcohol. With the fall of the fortified market many were turned over for easy drinking, fruit forward reds. In very few places has this vine been given its dues and access to quality sites so that it really is of little surprise that it has taken Grenache some time to rise up and be considered a serious grape variety in its own right. As a major target of the Vine Pull Scheme in the late 1970’s and early 1980’s, it is almost a surprise that good stocks of old vine material still exist, but they do, and these stocks, primarily in South Australia, are at the forefront of Grenache’s growing reputation.

With the late 1980’s came the first attempt by Charlie Melton to make a serious Grenache dominant wine with his first vintage of Nine Popes in 1988, which was mirrored by the work of the Rhone Rangers in California. These individuals almost re-discovered the beauty found in great Grenache, either as a single varietal or blend. In its spiritual home of Chateauneuf-du-Pape, Grenache is the dominant grape, although it is usually blended with Mourvedre and Shiraz for structure as well as a range of other varieties that add complexity, including Cinsaut and Counoise. Grenache is particularly well suited to the area, being resistant to overripeness, which is essential on the baking plains in this part of Southern France where hot Summers are the norm. Mourvedre prefers only the warmest sites within the region with Shiraz also showing a tendency to get overripe, thus its small proportions in the blend. What is clear is that Grenache flourishes in the meagre clay soils of Rioja and Chateauneuf-du-Pape, with the limestone and significant quantities of large pebbles or galets also contributing to the local styles. Considering the advent of climate change, surely one of Grenaches most useful characteristics it its drought resistance with many vineyards in Australia able to survive under largely dry-grown conditions.

Such is the recent growth of interest in Grenache, both in Australia and internationally, that a range of initiatives have been developed to promote the variety. In 2004 McLaren Vale unveiled its Cadenzia initiative, whereby seven prominent winemakers began to make and market their wines under their own brand but with the Cadenzia label. More recently in June last year the first International Grenache Symposium was held in the Southern Rhone with over 250 Grenache producers, writers and retailers meeting to share knowledge about what makes this variety tick. This was followed on September 24 by the First International Grenache Day during which venues around the world, including some in Adelaide, Brisbane, Melbourne, Sydney and the Barossa Valley, holding tastings and events to showcase the magnificent variety of Grenache wines available, all of which were a great success in promoting the variety.

One of the great advantages Australian Grenache growers hold over their international counterparts is vine age. Nowhere else in the world has the quantity of old vine material that is found in South Australia, most of which is located in the Barossa Valley and McLaren Vale. Charlie Melton was the first to make use of old vine material to make his ground-breaking Nine Popes Grenache blend, with a range of growers now utilising similar stocks to make unique wines for a global market.

One such vineyard, located in the Light Pass district of the Barossa Valley and owned by the Cirillo family, was planted around 1850 and is most likely the oldest still viable Grenache vineyard in the world. Planted on deep, sandy soils, these ancient relics sit huddled close to the ground, almost hunched over, yet continue to turn out exceptional fruit, these vines having the luxury of old roots delving deep into the soil in search of water and nutrients. Alongside the likes of vineyards such as Henschke’s Hill of Grace vineyard and Penfolds Block 42 Kalimna Cabernet Sauvignon the Cirillo vineyard in addition to a handful of similar old vine Grenache parcels are truly national treasures.

Today Australia’s Grenache plantings represent only around 2% of the national crush. While Grenache is found in regions as diverse as Margaret River, the Adelaide Hills, Granite Belt and Heathcote, without doubt the most reliable and characterful wines are found in the Barossa Valley and McLaren Vale although in different styles. Wines from McLaren Vale are generally a tad riper showing more of the kirsch, ripe red fruit characters with good density and power, in a medium weight package. On the other hand, the Barossa wines are more deeply coloured, opulent and full flavoured with greater body, which seems to have also given the wines greater aging potential, although plenty of Grenache lose colour quite quickly, and are best consumed within 3 to 5 years after release.

Overall blended wines seem to do better in Australia, particularly in both McLaren Vale and the Barossa Valley in that the option to blend a range of varietals gives winemakers greater scope to maximise quality, even in difficult vintages. That said, while varietal wines are less consistent overall, the best old vine Grenache can be extraordinarily characterful and fine wines to savour. With the weight of quality Grenache based wines now coming out of Australia it seems highly likely that it won’t be long before the best of these wines achieve the accolades now largely reserved for the great Grenache-based wines found in France and Spain. 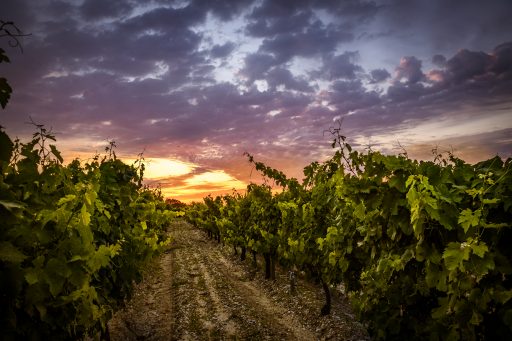