Fifteen years ago organic food was the preserve of students and hippies while today whole sections of the community scour their supermarket shelves every week, or even a local farmers market, for anything free range or organic, just so long as the animals, fruit or vegetables didn’t suffer and lived a good life.

The same can be said of the local wine merchant where organic and even biodynamic wines are slowly carving themselves a little niche. For the prohibitionists out there it must seem like the ultimate irony that wine drinkers are looking for a healthy way to imbibe their favourite liquor.

In essence organic wine producers spurn synthesized chemicals during the grape growing and winemaking process, although often still use basic preparations, made with copper and sulfur. While the days of over-reliance on chemicals in farming are far behind us many modern vine growers, like in most areas of agriculture, still reach for the chemical treatments on a regular basis. In Europe alone vignerons use 80% of the fungicides despite vines only covering 5% of farming land.

Organic producers utterly reject the use of such chemicals to keep the weeds, diseases and pests at bay. Rather they believe that vines have the ability to defend themselves against pests and disease given the right conditions.  It is a brave move for some, as climates such as the Hunter Valley are prone to late season rain that has the potential to ruin entire vintages. Taking away the option of industrial chemicals in such environments does leave a farmer’s livelihood exposed but organic growers would rather lose the odd vintage than use chemicals in their vineyards that may do lasting damage to the ecosystem.

For most organic wine producers their choices in the winery and the vineyard are simply a common sense approach to long-term and sustainable winemaking that keeps their soils healthy and provides a more natural product. These vignerons are only trying to squeeze the very best wine they can from their vineyards and over time have found that following organic principles does exactly that. A quick walk through an organic vineyard instantly tells the story as the soils are teeming with life showing great depth of colour and texture. In comparison most traditionally farmed soils, having been loaded with doses of industrial pesticides and herbicides for many years, often lack the same vitality.

While organic wine production certainly has plenty of converts, the rather more extreme biodynamic viticulture stretches the realm of believability for many others. Biodynamics is roughly based on organic viticulture but also sees vines as a part of the cosmos and influenced by the movement of the moon, sun and stars. So there are optimal times to plough, prune, pick or even taste wines and these depend on the movements of far-away planets and stars. For example, grapes should be picked when the moon is in front of a fire constellation, such as Leo or Aries.

Another important component of biodynamics is maintaining the integrity and health of the vine. This is done through the application of preparations and composts that provide greater nutrients to the vine. In these preparations cow manure and quartz are stuffed into cows horns and buried in the ground for months at a time before retrieval. Dilute solutions of the preparation are then sprayed on the vines and soil.  Add to this process of ashing, whereby the burnt remains of weeds or pests, such as starlings, are sprayed on vines to ward off potential problems, and biodynamics has leapt far beyond the realms of fringe science.

Even some of the growers themselves smirk at the thought of their yearly routines. But with the increased effort and costs involved, these dedicated wine producers would only continue to follow biodynamic methods if they truly believed that is was beneficial to, not only their wines, but also to the local environment. They are not sure how nor why biodynamic viticulture produces better wines, but there is no doubt that the results are there for all to see. While traditional farming techniques regularly produce exceptional wines, the vitality and character seen in the great wines crafted under organic or biodynamic guidelines is very impressive.

Today some great Australian wine producers are thoroughly convinced by biodynamic methods and have largely thrown out the old rulebook for a significant proportion if not all of their vineyards. With names such as Cullen, Henschke, Jasper Hill, Savaterre, Castagna, and Wirra Wirra placing their faith in biodynamic methods it is no great surprise that many other winemakers around the country are at least performing small trials with biodynamically-grown fruit. But Australian wine producers are not alone in their belief in biodynamic agriculture with many great winemakers around the world now following a similar path.

Importantly while certified organic producers are still few and far between there are many winemakers whom follow biodynamic principles broadly, although like to have all options available to them. Phil Moraghan, formerly of Curly Flat in the Macedon Ranges, generally keeps synthesized chemicals out of his vineyards, except where the season is difficult and desperate measures are required. Phil quips “When the fruit is in serious danger, we go with the nuclear arsenal” meaning that he will do whatever is necessary to save his grapes, although still only using the minimum amount of the most biologically-sensitive treatments.

Others such as Rod Windrim of the biodynamically certified Krinklewood Vineyards in the Hunter Valley refuses to go back. 2008 for example was a tough Hunter Vintage in which hardly a decent red was made due to widespread mildew. Rod purposely uses natural compost teas during the growing season on his vineyards to try and limit mildew issues. While many local winemakers threw the whole gamut of synthesized chemicals on their vineyards in a bid to save their fruit, Rod’s compost teas seemed to do a better job at delaying the onset of disease. This use of natural defenses is at the heart of biodynamic viticulture and while it is a little more complex to discover the correct treatments for your vineyards the rewards of a healthier crop and more natural product usually outweigh the costs.

Perhaps the most fascinating aspect of organic and biodynamic viticulture, though, is the people involved and their excitement for what they are achieving in their vineyards. To a man and woman, they are striving to make the best wines they can, whatever the costs or risks. Many are like a kid in a candy shop with every movement in the cosmos or new preparation trial potentially giving them greater insight towards the holy grail of making the perfect wine. 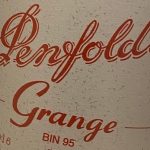 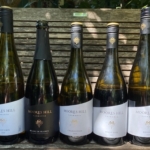 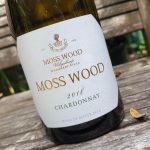 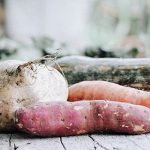 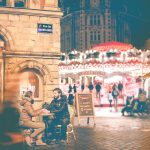 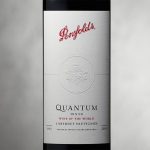 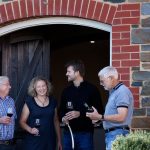 Are you tired of rushing to the bottle-o every time a new lockdown is announced? ⁠
⁠
Or do you want to be able to impress your guests with beautifully aged wines?⁠
⁠
Nicole Bilson (@champagneandchips ) has some tips on starting your own cellar (on a budget) 📦 🍾

Australian Grenache is killing it and this is a wine that if it is not the best grenache ever crafted in McLaren Vale, if not Australia, then it is very close. 98 Points from Winepilot.com but forget the score - it is a stunningly beautiful expression of Australian Grenache.
Full review in bio
#wine #instawine #mclarenvale #grenache #AussieWine #bekkers ... See MoreSee Less
View on Facebook
· Share
Share on Facebook Share on Twitter Share on Linked In Share by Email
View Comments