It’s one of those weird twists. The Barossa Valley is renowned for its shiraz and one of the best has been Elderton’s Command shiraz, first released in 1984.

Yet for all the kudos that this exceptional wine regularly receives it was an Elderton cabernet, a variety that the Barossa does well with its distinctive style in good years, that won a Jimmy Watson Trophy, the most sort after trophy on the Aussie wine show circuit.

The latest Command has just been released and it’s from the marvellous 2018 vintage. It is one of the best yet, displaying a degree of restraint and elegance that you get in the very best years. A spread of picking times to ensure ripeness and importantly acid retention has underpinned that precision and stylishness of the vintage.

Of course, the real key to this wine is the fruit sourcing from vines that are now more than 120 years old. The fruit concentration and balance allows the use of extended oak maturation, in this case 30 months in a mix of new French and American oak puncheons. In fact, in an era where more are moving towards French oak, Command’s style still owes much to the influence of American oak.

Along with the Command are two releases which are named after the founding couple Neil and Lorraine Ashmead, parents of the current custodians, Cameron and Allister. Both wines give further evidence of the quality being produced by the current batch of winemakers in the region.

A wine that has done much to contribute to the Elderton reputation as a significant Barossa producer. The fruit comes from a single block planted in 1894. It is made in a traditional way with 30 months in a mix of French and American oak a major part of the style. This has to be one of the best yet and there have been some good’uns. It’s silky smooth and effortlessly long and poised, yet within there is a mass of explosive Barossa fruit power. One of the silkiest and refined of any of these; cracking good wine. (Best drinking Now to 2042)

Rich, dark and powerful expression of Barossa Shiraz under a label which acknowledges Elderton founder and car enthusiast Neil Ashmead. Powerful, yes, but it has a high degree of polish and poise in its smooth exquisitely structured palate. Has all of those earthy plum, blackberry fruits with a little coffee grinds and dark chocolate to complement. Further complexity with a mix of dried herbs and subtle floral notes contribute to a complete and enticing wine. (Best drinking: Now to 2032)

This is a blend of cabernet sauvignon, shiraz and merlot sourced from vines that are up to 75 years old in the heart of the Barossa. From a challenging vintage yet it has all come together beautifully. Black currant characters are merged with notes of leaf and chalky oyster shell. The palate is tightly focused with balanced oak and tannin completing the fruit. Bright and lively with so much palate energy. (Best drinking: Now to 2037)

This eJournal explores the complete history of Penfolds Grange. For the first time ever, Andrew Caillard MW, the leading expert on Penfolds, has published his Ben Ranken is a patient man. He’s also obviously a fan of trying something new. These qualities are needed for taking on a task such

Cloudburst is an enigma wrapped in a mystery. It is one of the most unusual wine stories of the last 20 years. Establishing a vineyard, 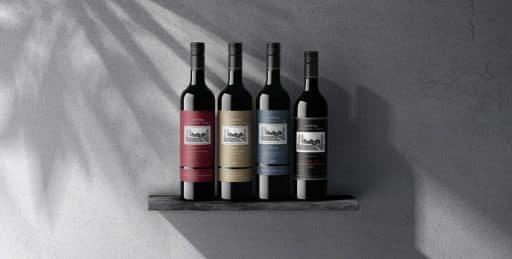 It always a pleasure to taste the new red wine releases from Wynns Coonawarra Estate. With wines dating back as far as 1952, Wynns has

Heraldry, an ‘Estate’ and a linage spanning six generations – Riversdale Estate is Tasmanian nobility. The irony of it though is the brand’s value for