Australian Grenache is finally having its moment in the sun. After waiting patiently for decades, often hidden away in shiraz blends, the world has finally woken up to its potential. It seemed few had made the connection between the hallowed region of Chateauneuf-du-Pape in the Rhone Valley and what was on our own doorstep. We’ve had locals swooning over posh French examples for decades while overlooking what was sometimes only next door, or at least a couple of kilometres down the road. It’s been the cultural wine cringe, at its worst.

At the heart of every great Chateauenuf is old, gnarled, dry grown grenache vines that have survived dozens of baking vintages. And guess what – no one has more old vine grenache anywhere in the world than our own McLaren Vale and Barossa Valley. In fact, we’ve got older vines, some of which are heading towards their bicentenary. It’s a resource that winemakers around the globe, including our friends in France, can only dream of.

Most of the local grenache started out its life to drive Australia’s fortified wine industry thanks to this variety’s generous alcohol. But as that market fell away, much ended up unloved without a home – sold cheaply and then blended away. It seemed like Grenache’s days were potentially numbered when the likes of Wirra Wirra pulled grenache from their much-loved Church Block red.

But a handful of other producers persevered. Yalumba with their Bush Vine Grenache, d’Arenberg, Turkey Flat and Charlie Melton managed to keep the light on long enough so that the penny finally dropped. Today you can not get your hands on old vine Grenache fruit for love or money, without a strong friendship or a big chequebook. The change has been impressive and remarkably quick.

Check out all our Grenache reviews

While all regions have their moments, when it comes to the leaders of the pack, for the sheer number of high quality wines, it’s a two horse race between the Barossa and McLaren Vale although with quite different styles. The continental Barossa is generally the more savoury of the two regions with spicy and meaty expressions of the variety plus a greater tendency towards red fruits. The McLaren Vale style is on the whole more decadent and fleshy, stacked high with dark, licorice fruits. Within these zones a fascinating pattern of sub-regional variation is also emerging – the sandy soils of Light Pass in the Barossa the most promising while Blewitt Springs seems to have the edge in McLaren Vale. But it’s very early days to declare any particular zone as king.

These regional differences are also set against a backdrop of a revolution in winemaking practices for this variety. For years most winemakers did not really put in a hell of a lot of effort with their grenache, treating the wines almost like a light weight shiraz. But like pinot noir, this is a variety that responds to nuanced, detailed winemaking. In fact, without it grenache never really gets off the ground. But give grenache a chance and it can be a wonderful vehicle to showcase terroir.

Winemaking can be broadly broken into two camps. Traditionally rich and fleshy wines that showcase Grenache’s natural fruit generosity and then the more modern styles, often with plenty of whole bunches in the ferment and gentle extraction to provide more elegant and lifted wines. Each philosophy can craft exceptional wines so preferences generally come down to a matter of taste. Whatever your pick, Australian Grenache is here to stay and it will be fascinating to see where this variety ends up. For International Grenache Day I was lucky enough to taste my way through a couple of cases of Barossa Grenache, which again showcased the immense The drinker is left in no doubt that the producer is aiming high with The Everest name. The bottle is heavy, deep punted and expensive.

Also from the Organic range, Chester advises that in fact the Innocent Weed is far from innocent (which begs the question as to why the This is a fascinating little wine that intrigues and teases before delivering a knockout punch. Pale pink in colour, it opens with watermelon and white There’s plenty of deep earthy Barossa red fruit in here. The aromas of plum and lighter raspberry and cherry red fruits emerge immediately with a I can’t begin to tell you how many times this modestly priced over achiever has come up in big tastings I conduct each year. It’s Wirra Wirra, so good they named it twice. Well, something like that. This is sourced from one of the oldest blocks in McLaren vale, and What an impressive opening to this latest set of releases. It comes from old bush vines grown on the shale-filled hill which forms part of

The Rose comes from younger Grenache vines that were planted in 2016. Delicate pink hue with lifted aromatics of rhubarb, rose hip and fresh picked

This is a super exciting release. This vineyard was planted in 1855 and then replanted in 1958 with original cuttings. The wine was fermented in

You gotta love this blend from the Barossa, and even in warm years like this the vines can produce some quite beautiful textures and flavours. It is interesting to see how the different vintages change the character of this Ancestor Vine grenache. While the 2013 was quite fleshy and open 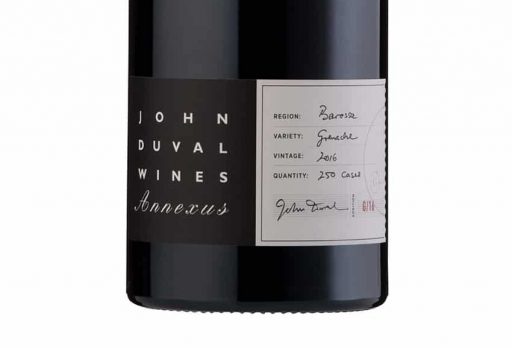 This is a little bit of an outlier for Australian Grenache, with 80% Eden Valley fruit rather than the more traditional valley floor sourcing. The

Paralian Wines are one of the leaders of new wave grenache in McLaren Vale. This wine starts with fruit off 60 year old vines from

The grapes for this wine are sourced from a small parcel of vines which were planted in 1900 in the Moppa sub-region of the Barossa. You gotta love McLaren Vale grenache, don’t ya. A delightfully friendly unoaked grenache made as a medium bodied style with lots of slightly spicy raspberry

From the Signature Series and amazing value as for me, it is simply a joy to drink at the moment. Don’t look to lock this

Yalumba are one of the few companies that have stuck with grenache through thick and thin. When times were tough for this grape variety, and

Purple Hands is often home to bigger Barossa styles – wines that are notable for their sheer power. This grenache, though, was an unexpected delight, The rise of great Australian Grenache continues and Serafino have long been champions of the variety in McLaren Vale, the wines being generous and user-friendly

You don’t often see grenache from Watervale, especially from vines over 100 years old. The cool Watervale climate has certainly turned out a slightly unusual The last five or ten years have seen the range of Australian grenache styles explode in every possible direction, from delicate, perfumed almost pinot noir If you are looking for a big, old fashioned grenache then maybe this wine is not for you. But if you want to explore the 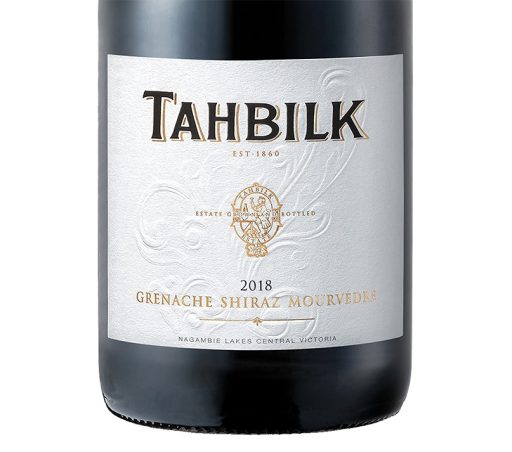 Let’s call it almost an equal split of grenache, syrah and mourvedre. It is no surprise that these varieties work well together: their synergic relationship